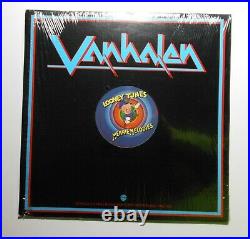 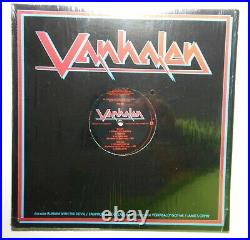 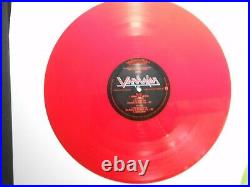 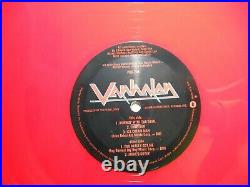 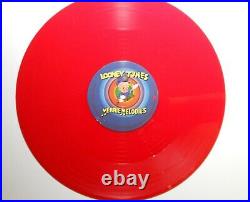 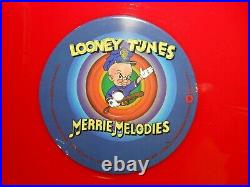 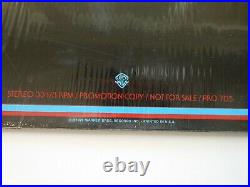 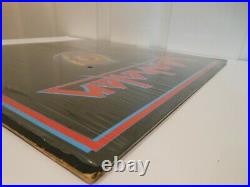 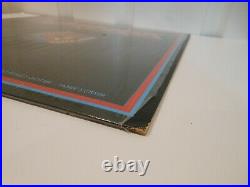 Van Halen 1978 Looney Tunes/Merrie Melodies 12 Red Vinyl Promo Record. Label: Warner Brothers Records Catalog # PRO 705. A1 Runnin’ With The Devil. A3 Ice Cream Man Written-By John Brim. B1 You Really Got Me Written-By Ray Davies. B2 Jamie’s Cryin. This record is one of the most sought after Van Halen records ever made. This rare promotional 12 red vinyl record was the bands 1st ever release and introduction to the band. It has been securely boxed and stored since 1983. The vinyl disc was visually inspected and appears to be in near mint condition. The cover still has the original shrink wrap and is in near mint condition. Two corners have some minor shelf wear, see photos. In January, 1978, shortly before Van Halens debut album was released on Feb 10, 1978, Warner Bros sent radio stations this very rare promotional sampler record featuring five songs from the upcoming release. It was distributed to radio station staff, the music press, and selected music industry V. It was not made available to the general public. There is no official name printed on the record except for the “Looney Tunes Merrie Melodies” label. Van Halens debut album went on to sell over 10 million copies in the United States within its first 20 years. The record was pressed on translucent red vinyl. It has a special Warner Brothers “Looney Tunes – Merrie Melodies ” label, featuring a cartoon image of Elmer Fudd on one side and a track listing on the opposite side. The record came in a die-cut cardboard sleeve with no inner sleeve. The front of the sleeve has Vanhalen printed in red letters with the five songs listed at the bottom. The back of the sleeve has Vanhalen printed in blue letters with a WB logo and the line “Stereo 33 1/3 RPM-Stereo-Promotion Copy-Not For Sale-PRO 705″ printed at the bottom. Barcode and Other Identifiers. Matrix / Runout (Runout Side A): PRO-705-THIS SIDE-KM-1. Matrix / Runout (Runout Side B): PRO-705-OTHER SIDE-KM-1. I have done my best to reveal the material condition of the offered piece in sufficient detail. If I have somehow made an error in my description please contact me. Please do not open a case against your item or leave feedback without getting in touch with me first. The item “Van Halen 1978 Looney Tunes/Merrie Melodies 12 Red Vinyl Rare Promo Record” is in sale since Wednesday, April 21, 2021. This item is in the category “Music\Vinyl Records”. The seller is “cal_son” and is located in Sacramento, California. This item can be shipped to United States.